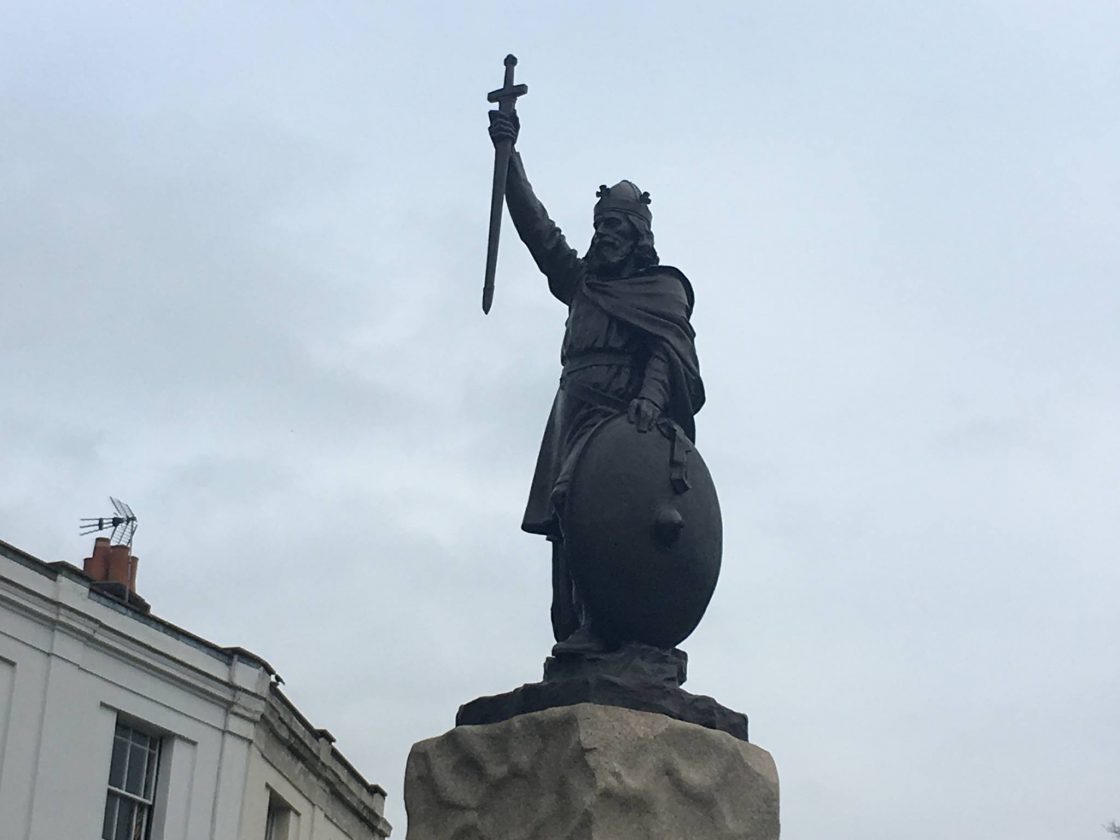 It was a decisive battle between Alfred the Great and the Danes and it features in the Netflix series The Last Kingdom. A friend of mine, who worked as an extra, told me about the series and I got absolutely hooked on it.  The shows are based on Bernard Cornwell’s The Saxon Stories series of novels which are historical fiction, but many characters did exist.Let us look at them and their real story, where the series was filmed and where to go in search of Alfred the Great. 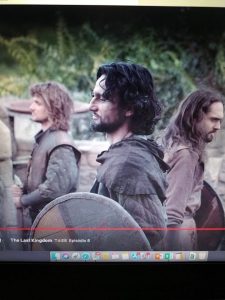 My friend as a Mercian soldier Series 4 Episode 8

Alfred – King of Wessex from 871 to c.  886 and King of the Anglo-Saxons from c.  886 to 899, a defender against Viking invasion and a social reformer; just few of the reasons why he is the only English monarch to be known as “the Great. He oversaw the conversion of Guthrum to Christianity which was also featured in the series.

Uhtred ‘s character was inspired on Uthred the Bold who was an existing person, however, he did not live during the reign of King Alfred. He was the ealdorman of all Northumbria from 1006 to 1016.  His ancient family ruled from the castle of Bamburgh on the Northumbrian coast.

Athelflaed – daughter of Alfred, Lady of Mercia. She was given the same education as her brothers, and the crises of her childhood must have given her a schooling in the realities of politics and war. It was Alfred who stopped the Vikings, but it was Aethelflaed and Edward who retook much of England. At the Battle of Wednesfield, probably near Tettenhall in the West Midlands, the northern Vikings were annihilated, shifting the balance of power. Aethelred her husband, Lord of Mercia, was much older than her unlike in the series. When he died probably in 911, the nobles accepted his wife as sole ruler, the Lady of the Mercians.

Aethelstan king of anglo-saxons, Edward’s son from his first marriage. As a child, Athelstan had been brought up in the care of his aunt, Aethelflaed, Lady of Mercia. He conquered the last Viking kingdom, York, and is regarded as the first true King of England.

Hild  – Her character was inspired by the Abbess of Hild of Whitby who lived between 614–680. In 664 Hild’s monastery hosted the Synod of Whitby, which set the course for the future of Christianity in England.

Cnut – There was a Cnut ruler of Northumbria from around 900 until 905, succeeding Siefredus and we believe he might have been the inspiration for Cnut in the series who is killed by Breda after the battle of Tettenhall.   You might also have heard of Cnut The Great, son of Sweyn Forkbeard who in the autumn of 1016, successfully invaded England.

Was it filmed in England?

No. The series is filmed primarily in Hungary, with most scenes at the eight acres near Budapest owned by Korda Studios with its Medieval Village Set and surrounding mountains, forests, and lakes.

Sets recreating 10th century Winchester, the ancient capital of Wessex, and the Mercian city of Aegelsburg – now Aylesbury – were built in two places. The external sets were built near the village of Göböljárás, just over 30km west of the Hungarian capital, Budapest, with interiors created a few miles north of Budapest near the banks of the Danube bend. The locations for battles were near Budapest. There are no hedges to divide land and it has a sense of wildness. Welsh hills were the hills near Esztergom. The set of the medieval village which was used for the filming of the World Without End miniseries based on Ken Follett novel was extended and a Castle was added.

Where to go in Search of Alfred?

British Library – You can see The Anglo-Saxon Chronicle; a collection of annals in Old English chronicling the history of the Anglo-Saxons. The original manuscript of the Chronicle was created late in the 9th century, probably in Wessex, during the reign of Alfred the Great.

Ashmolian Museum in Oxford where you can see Alfred’s Jewel as once attached to the base of a rod, probably made of wood. Its function was to be the handle for a pointer stick for following words when reading a book. In Series 2 Alfred hands it to his nephew Aethelwold for his travels through Mercia to Northumbria. 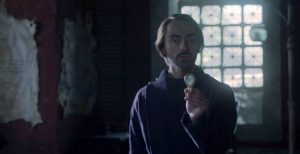 It was Alfred who established the city as the Capital of Wessex and turned it into the most important centre of art and learning. The stretch along the banks of the River Itchen is one of my favourite places in England.

Alfred’s remains are known to have been moved several times since he was buried in Winchester’s Old Minster in 899. They were moved in 904 to a new church to be alongside his wife and children, before being moved again to Hyde Abbey in 1110.The abbey was destroyed during the dissolution of the monasteries in 1539 and studies indicate the tomb was robbed. 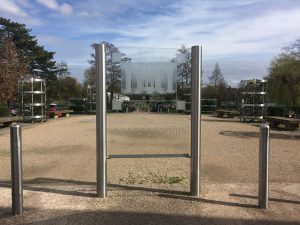 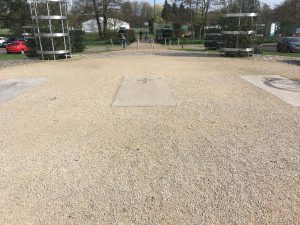 It is believed some bones were put on display in the 19th Century before being buried at St Bartholomew Church. The bones were exhumed in 2013 and examined but were found to belong to later centuries. Then in 2014 a section of human pelvis, carbon-dated to within the lifetimes of Alfred the Great and his son Edward the Elder, was found in Winchester in a cardboard box kept at Winchester Museum, having been excavated from the abbey site in 1999. Is it Alfred?  Who knows? It will always remain a mystery.

Get in touch with us if you fancy a guided tour in Winchester to learn more!